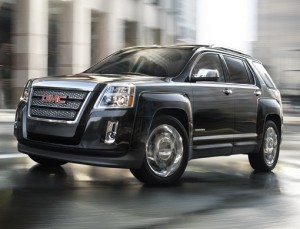 With gas still well above $3 per gallon, many Columbia drivers are looking for ways to save on gas as they make Memorial Day road trips.  Some simple tips, both in preparing your vehicle and yourself, can yield as much as a 40% difference in fuel economy and savings of over $1,000 per year.

Some of the easiest changes to make are to your own routines.  Idling for fifteen minutes burns through a quarter of a gallon of gas on average–at $4.00 per gallon, that’s $1 added onto your bill when you go through a busy drive-thru instead of shutting the engine off and going inside.  Smooth acceleration from a stoplight will make you use the brakes less, both prolonging their life and increasing your fuel economy by as much as 20 percent. (Even hybrid cars don’t get a pass there.  Regenerative braking systems can help capture some of the energy lost to friction and heat, but it’s not 100% efficient.)  Additional gains can be made by maintaining a steady speed with cruise control, keeping it to 70 on the highway instead of 80, which helps cut down how hard your engine has to work to maintain speed.  Lastly, bundling trips can help you save at the pump–aside from driving less, an engine warmed up to its operating temperature is up to 50% more efficient than a cold one.

Beyond smart driving, a few tweaks to your vehicle can make big changes in your gas mileage.  Among the most important things you can do are:

Jim Hudson GMC is proud to offer a host of fuel-efficient trucks, SUVs, and crossovers that get great gas mileage. GMC Terrain offers seating for 5 and an EPA-estimated 32 highway miles per gallon, while GMC Acadia features seating for up to 8 and better fuel economy than the Honda Pilot.  GMC Sierra offers a two-mode hybrid model, while the XFE model offers 5.3L V8 power and 22 highway miles per gallon.  For more information, and to see Jim Hudson’s Columbia SC Memorial Day sale weekend offers, we encourage you to visit our South Carolina GMC Dealer website or call us toll-free at (888) 377-4971.

Jim Hudson GMC, the premier GMC dealer in Columbia, SC, is please to announce thatthe 2011 GMC Acadia for sale in Columbia has followed up on its recongition as a Top Safety Pick by the Insurance Institute for Highway Safety by receiving a 5-star test rating under the New Car Assessment Program managed by the National Highway Traffic Safety Administration.

The GMC Acadia was tested under the National Highway Traffic Safety Administration’s new rating system, which was implemented for the 2011 model year. The new rating system is based on more rigorous frontal and side crash tests in addition to rollover resistance testing. These three test conditions are combined mathematically under the new system into an “Overall Vehicle Score.”   Under this methodology, the Acadia achieved an overall vehicle score of five stars – the highest rating possible – even though several individual tests resulted in four-star ratings.

Acadia’s safety systems help protect passengers before, during and after a crash. Standard safety-enhancing features include StabiliTrak electronic stability control system with rollover mitigation technology, six air bags and OnStar’s Automatic Crash Response system that can help get emergency responders to a crash scene quickly even if the driver is incapacitated.

A strong and well-designed vehicle structure is foundational for crashworthiness, while a wide stance and low center of gravity helps reduce the likelihood of a rollover. Acadia’s vehicle structure is reinforced in numerous areas with high-strength steel. The six air bags include dual-stage front air bags for the driver and front passenger; two seat-mounted side-impact air bags in the front row; and two head curtain side-impact air bags that cover all three seating rows. The head curtain side air bags are among the longest air bags in any production vehicle.

Complementing the air bags is GM’s rollover sensing system, which can activate the side-impact air bags if sensors determine an imminent rollover. In a rollover, the air bags stay inflated longer to provide increased occupant protection.